"Deanna, why don't you back up, I don't trust him" I was photographing dogs at the shelter when this wild child came in. He had a stare that was pretty intense and some people thought that stare was aggressive. To me it had a pleading tone. Will you be nice to me? I'm looking for someone to be my friend. As that big block head looked back at me my heart grew a tiny bit. We weren't looking to expand our family we still had Cleo and a very tiny house. The best I could do was to take photos of him and try to help him get adopted.

Not long after our precious Cleo passed away very suddenly.  We were heartbroken. Every time I went to the shelter to photograph dogs my husband would say, "bring home a four legged." I was hurt and insulted, still devastated by the loss of my soul dog. But the house felt empty and a friend had said to me, "if having a dog makes you happy, why are you waiting?" I immediately thought of Boo, but chances were slim he was still at the shelter it had been three or four months since I met him. As soon as I got to the shelter that day I asked about him. I brought him home for an overnight visit to see if my husband would like him. I think as soon as we walked in the door Boo recognized my husband as his person. They played for hours and hours. We brought Boo back the next day to fill out the adoption forms. This crazy dog was ours.

Never a day goes by that he doesn't do something that annoys the bejeezus out of us and cracks us up at the same time. He's a dog without boundaries. He will steal the pillow you're laying on to get your attention, he will walk on your head to get to the best spot on the sofa, and he can steal food from the top of the fridge. He's also the best family dog too, if he could be anything he wanted he'd be a nanny dog. But he's destined to make his living as a model and muse for a pet photographer. He's a great studio dog because he loves to learn new tricks as long as it doesn't involve the laundry basket which he's terribly afraid of. You can find him anywhere near my husband unless it's right after dinner and then it's time for a mommy snuggle. We love this nerd with all our heart. 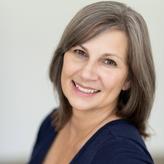 Photo courtesy of Art of Her.

Cleo was one of the funniest dogs that ever lived. He was our furry entertainer. He'd tuck himself behind a curtain and come out just enough so that his nose and his eyes were visible and then he'd stare at us until we laughed. He was smart and trained my husband to fetch him treats by ringing a bell. In typical pointer fashion he was fast and could catch birds midair much to our dismay. We adopted Cleo from the Denver Dumb Friends League. He was my soul dog. We went everywhere together and there was rarely a time he wasn't at my feet. My friends called him a "mama's boy" because his focus was almost always on me. I practiced photography with him. I named my business after him. (You didn't think it was about stinky dogs did you?) He was the best dog that ever lived. And we'll miss him always. I'm grateful I started my photography journey while he was still alive. His photos bring back amazing memories, they let me remember not just how much we absolutely loved and adored him but also how adorable, charming, and silly he was. He's the reason for StinkDog Photos..... A.K.A. Stinkin' Cute Dog Photos.

Baltimore's premier pet photographer, StinkDog Photos is located in Sykesville, Maryland. I provide on-location dog photography and studio portraits of your pets in Sykesville, Ellicott City, Annapolis, Baltimore, Ocean City, and other locations in Maryland or Washington D.C.. Email us now to book a photography session for your dog. 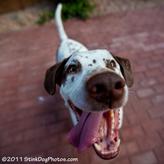 I know it's not always easy creating a great photo of your dog. They're fast, they never look at the camera, and of course as soon as they do something cute and you reach for your phone they turn around and you see nothing but their bum.

When I started my photography journey I practiced on my dog Cleo. He was the only one that didn't complain about the camera. Then one day, he had enough, I came into the living room with my camera and Cleo gave me a look of disgust, sighed, and got up and left the room. I realized that trying to get him to sit still while I point a great big eyeball at him wasn't fun for him. I realized that I had to learn how to make it fun. Oh and I did, not long after Cleo wouldn't dare move from the lights and camera, he was afraid of missing out. Did you know dogs have "fomo" too? 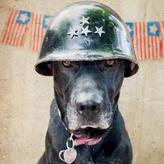